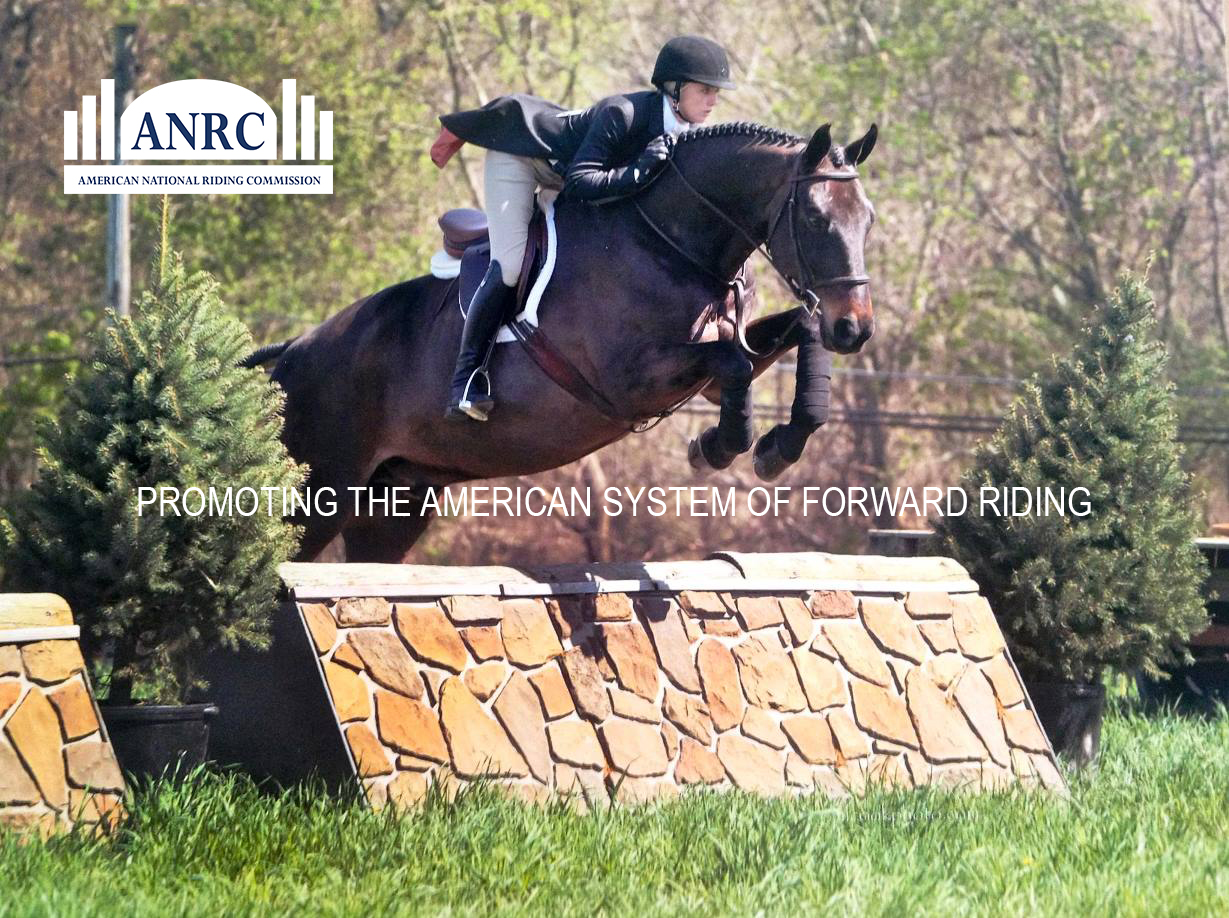 Established in 2006, the American National Riding Commission (ANRC) fosters the mission of the former Affiliated National Riding Commission, which existed as part of the American Alliance for Health, Physical Education, Recreation, and Dance (AAHPERD) for more than 60 years. ANRC’s educational system is based on the teachings of Captain Vladimir Littauer, who came to the United States in the late 1920s, established a riding school, and is author of the book Commonsense Horsemanship. His progressive forward riding system has influenced many professional riders and trainers, including Jane Dillon, George Morris, William Steinkraus, Joe Fargis, Lendon Gray, Pam Baker, Scot Evans, Shelby French, and Bernie Traurig.

All educated riders today recognize two main systems of riding. The oldest system, first documented in 1550 by Federico Grisoné, is Classical Dressage in which the horse and rider are schooled to be in central balance enabling quality collected gaits in a flat arena. The result is a picture of elevated motion, precision and strength under almost invisible control of the rider.

The second, more contemporary system, was developed in the late 1800s and is the Forward Riding System also known as “Hunt Seat.” The horse and rider are schooled to be in connected forward balance. The result is a harmonious picture of efficient ground-covering strides and free movement over obstacles under soft, precise controls of the rider.

In the 1800s jumpers, hunters and steeplechasers were ridden in what we, today, would consider a barbaric manner. They were held in a tight collected frame and severely restricted going into and over an obstacle. The rider sat leaning back, reins held tight, horse’s head held high in the mistaken believe that they were assisting the jump. Some even held that jumping this way relieved the “fragile front end” of the horse from shock and they endeavored to have the horse land on all four legs or at least on the hind two legs.

It was an Italian rider, Federico Caprilli, that we can thank for revolutionizing the way horses are ridden over jumps today. Born in 1868, Caprilli at the age of 14, was a cadet in the Military College in Florence with no prior riding experience. He left the academy with the rank of Lieutenant and a riding rating of “poor”, but with a great interest in equitation he was assigned to the Cavalry Regiment ‘Royal Piémont’. While there, Caprilli watched over and over as horses refused to jump as their mouths were jabbed while also noting that when horses were allowed to jump freely they landed on their forehand with no ill effect. He concluded that riders should merely be cooperative passengers allowing the horse to jump unimpeded without yanking on the reins and in a rounded bascule saying, “the first rule of good horsemanship is to reduce, simplify and, if possible, eliminate the rider’s intervention.”

In 1902 Caprilli’s high jump record created huge recognition and his new style was called the “Caprilli Revolution.” Caprilli died in 1907 in Pinerolo when his horse slipped on icy cobblestones and fell.

Colonel H.D. Chamberlin, Born in Illinois in 1887, served in the cavalry in WWI. After the armistice he had his first opportunity to compete for the U.S. in international jumping competition, after which he was reassigned to Fort Riley in the horsemanship department. At Fort Riley he trained for the 1920 Olympics in Antwerp, Belgium competing in show jumping and the 3-day event.

Harry Chamberlin was a student of horsemanship. He requested and was selected to attend the French Cavalry School at Saumur, France in 1922. He had a desire to add more knowledge about Caprilli’s forward method to the sound foundation he’d received at Saumur and was selected to train at Tor Di Quinto, Italy, after Saumur. Chamberlin excelled in the forward system at Tor Di Quinto and brought his expertise back to the U.S. Army Cavalry School. He trained the U.S. Equestrian team in the ‘30s and ‘40s and wrote the esteemed Riding and Schooling Horses and Training Hunters, Jumpers, and Hacks. He had a tremendous influence on American riding into the 1970s.

But it was Captain Vladimir S. Littauer, born in Russia in 1892 and a contemporary of Chamberlain’s, who was instrumental in bringing the Forward Riding System to the civilian public. During the Summer Olympics of 1912, Russian cavalry officers who had spent time in Pinerolo, Italy learning methods pioneered by Caprilli, distinguished themselves and demonstrated interest in Caprilli’s new system of “forward riding.” Around 1913 senior Coronet Vladimir Sokolov introduced Littauer to Caprilli’s revolutionary method.

In 1927, Littauer and two other former Russian cavalry officers founded the Boots and Saddles Riding School in New York, first, to teach the principles of dressage they had learned in cavalry school. Soon they began experimenting with teaching Caprilli’s forward riding methods, and the school found success at its New York City location.

Littauer focused on instructing the civilian-riding enthusiast as opposed to the cavalry rider and his riding instruction was in great demand during his lifetime by both riding instructors and amateurs. He was an early, important and controversial advocate of the forward seat riding system. He wrote more than a dozen books between 1930 and 1973, including “Common Sense Horsemanship” first published in 1951 (a book that served as the primary textbook for the ANRC program.) Littauer continued to teach and was a frequent guest lecturer at Sweet Briar College in Virginia where one of his students, Harriet Rogers, founded a riding program for the college during her tenure spanning from1924 through her retirement in 1963. From this first college program developed the formal organization that teaches the Forward Riding System today at colleges and universities nationwide—the ANRC.

Watch a vintage video by Vladimir Littauer teaching the basics of the forward seat position. Many more videos are available from the Sweet Briar College archives.

Vladimir Littauer’s many significant contributions to modern riding include his accurate analysis of the gaits and mechanics of the jump; his recognition and advocacy of controls as a component of a forward seat riding system; his development of three levels of control for teaching riders and for schooling horses; his advocacy of the voice as an aid in schooling and in riding; his definition of the concept of stabilization; and his philosophy that encourages riders to feel empathy for their horses.His teachings continue to be advocated and supported by theAmerican National Riding Commission and taught by schools affiliated with the ANRC.

Captain Littauer is cited as:

“the most influential author and instructor in America in this century.” —Former Director of the Sweet Briar College Riding Program and Professor Emeritus and author, Paul Cronin 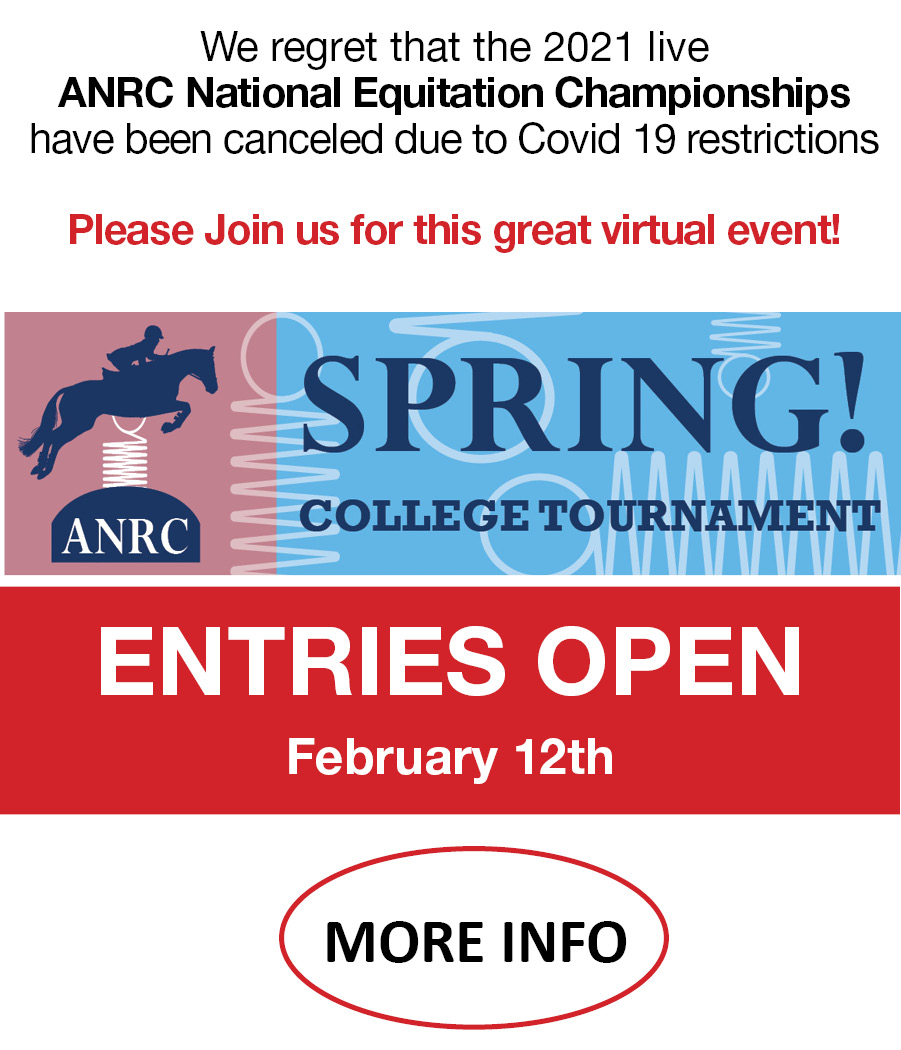